On July 2nd 2016 myself and student Fleur Brochut (from Neuchatel University in Switzerland) were observing the pupping colony at Minerstown, Dundrum bay, Co. Down in N. Ireland and noticed a small pup (on the right, in photo below, just descending on to seaweed) following other mothers and pups.

The next day we heard a pup crying persistently from the same area of rock, and when we went to investigate, we found 'Coral' by herself. 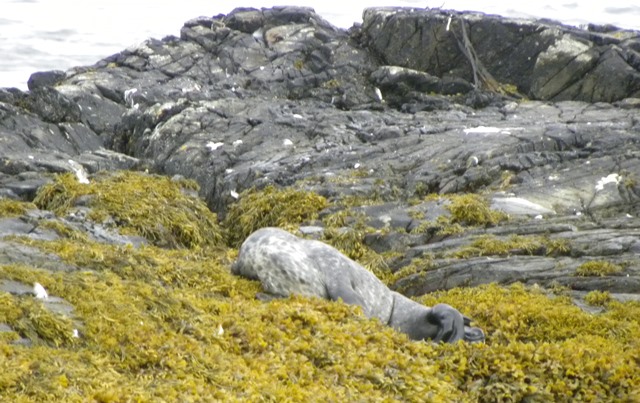 When we got her home, she weighed only 8.5kg - she would have been too small (normal birth weight in around 11 kg) to survive with her natural mother in the wild. 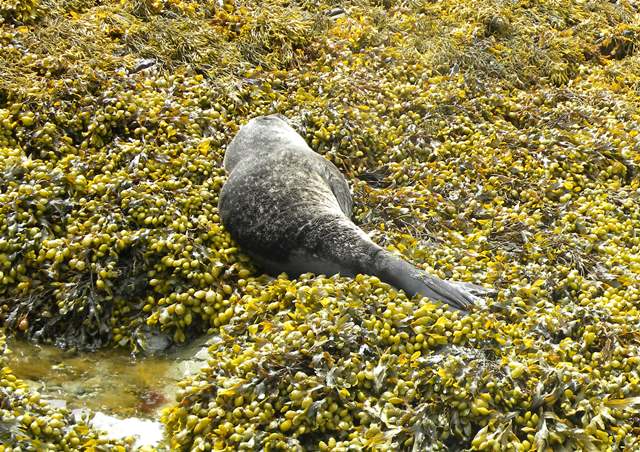 She didn't even waken when we put the net over her to carry her back to the car. When we got her back, we found that, like Coral, she was too small (8.3 kg) to survive. We were also shocked to see that her right eye was totally cloudy and her left eye slightly so.

On arrival, Pearl was introduced to Coral - the introduction went well and - as with all our previous orphan pup pairs - rapidly became closely bonded. They act as a mother-substitute to each other, following each other around the yard and in and out of the water, sometimes suckling on one another and sleeping together.

As with all our previous pups, Coral and Pearl were fed an enriched Pet Ag 30/52 Zoologic milk matrix (lactose-free multi-milk, made up approx 1:1 with warm water) formula through a soft silicone stomach tube until their release. In addition to the multimilk, each feed contained 5-10ml mixed fish oil, a small amount of tinned pilchards or sardines in brine, and Source Natural digestive enzymes (Essential Enzymes). As in 2014, we used the 'Stella' plastic food pouch screwed to the tube, and squeezed the food from the pouch down the tube. Both pups quickly learned to swallow the tube - Coral was so enthusiastic that she would try to grab the tube in her mouth even before we were ready to insert it!

Our stock of multimilk was insufficient to complete the rehab period, owing, apparently, to a new EU regulation preventing import of further stocks. For the final fortnight of the pups’ rehab, we therefore increased the proportion of tinned pilchards and sardines, and introduced lactose-free cream and lactose-free Aptamil baby formula, while continuing the fish oil and digestive enzymes. Similarly to our previous orphan pups, both Coral and Pearl grew well, gaining an average ~0.29 kg per day from arrival to release on August 23.

We had some health issues with Pearl - her cloudy left eye developed glaucoma and both eyes were infected. Her eyes were treated as appropriate with antibiotic eye ointment and steroid eye drops. On July 09 she began to be very sick, but recovered quickly after antibiotic treatment, although there was a further episode of sickness on July 24, requiring further antibiotics. The vet diagnosed partial paralysis of the right side of the face, and surmised that she may have had a bang to the head post-natal, or possibly a haemorrhage in the brain, causing neurological damage, which may also have been the root of sone evident muscle weakness and poor physical coordination. However, despite her setbacks, she gained weight almost as fast as Coral and as the days went on, became more active, alert, interested in her surroundings, played enthusiastically in the water with Coral and often took the iniative in entering the water. By the time of their release we were less worried about her. 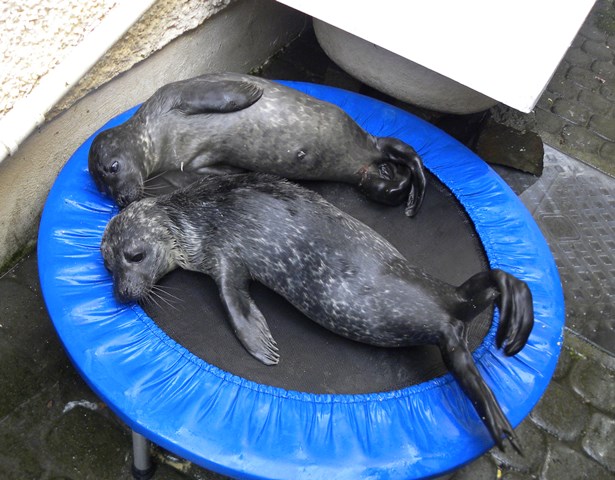 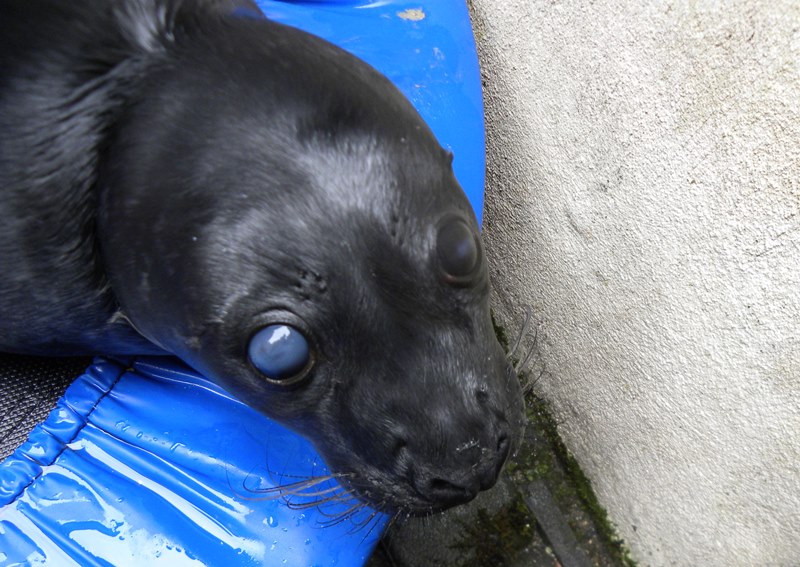 As for our previous two orphan pup pairs (Maxi & Mini, 2013 and Ula & Earendil, 2014) we kept a CCTV record of Coral & Pearl for 24h a day until their release. This enables us to analyse their activity budget (how long they spend together, apart, sleeping, playing, in the water, etc) and their behaviour in comparison with pups in other sanctuaries and with pups with their natural mother in the wild. 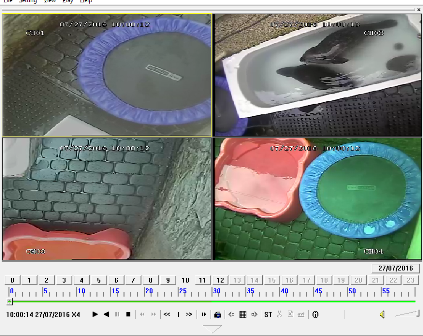 Screenshot of CCTV of Coral and Pearl on 270716

By late August, Coral and Pearl were both 21 kg in weight and were becoming much too big for the bathtub and paddling pool! They made it clear they were ready for wider horizons! On August 23, seven weeks after their rescue, they were released back to their natal site. Our local BBC environment reporter, Conor Macauley, came to film their release - and the link to his video is below.

Unfortunately Pearl did not make a successful transition to independent feeding in the wild. We received an email on Sept 29 From Hessilhead Wildlife Rescue Trust in Ayrshire saying that Pearl had stranded on the Isle of Bute on Sept 25th and was now in their care. She apparently weighed only 11.5 kg at rescue, which means she hadn't successfully fed at all since her release on August 23rd. We don't know if this would have been because of her limited vision, her slight coordination impairment and facial paralysis or some other issue. She had pneumonia on rescue which was successfully treated with antibiotics, but seeemed to be otherwise in reasonable condition. Despite our initial shock and disappointment, we began to think about a permanent captive facility for her.

I (SW) was due to go into hospital for surgery on Oct 5, so was unable to take over her care at that time, and so we were very grateful indeed to Hessilhead for taking interim care of her. We corresponded with Hessilhead and gave them all information on her rehab history and interim tube-feeding recipe while she was learning to take fish in captivity. However, apparently ignoring our advice and against our expressed wishes, Hessilhead euthanised her on Oct 5.