We found Emil as a newborn pup at Minerstown on July 2nd 2005. As the tide ebbed, he was lying at the haul-out site beside a much bigger pup, whose mother was probably out fishing. However, as the tide ebbed further, this pup moved with the other seals to haul-out rocks further offshore,leaving Emil alone and stranded by the tide. The fact that he had been seeking the company of another pup indicated that he was not being cared for by his mother. 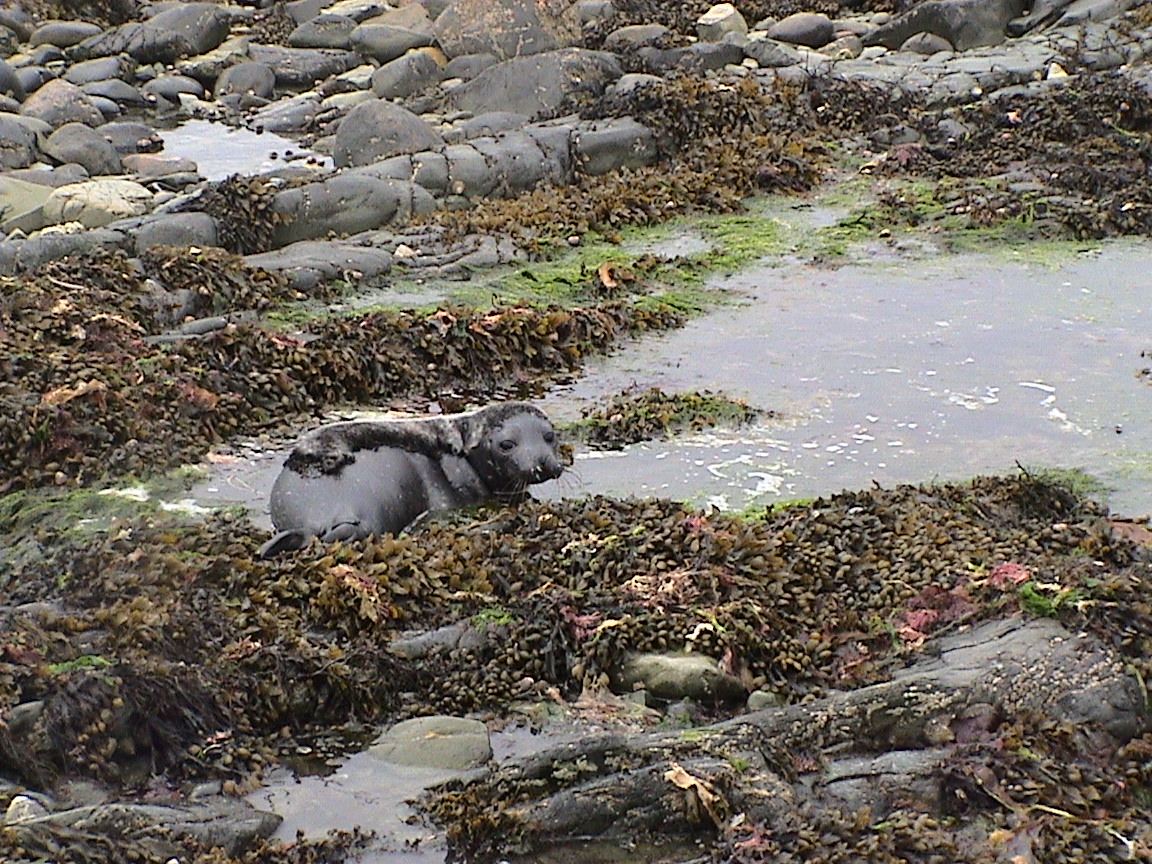 Emil proved to be a very spirited pup, with plenty of 'attitude'. He worried us at the start because he regurgitated a number of feeds - but we soon discovered that this was a result of swimming too soon after a feed - not a problem we had encountered before with other pups! However, the problem was solved by covering or emptying the pool for about an hour after each feed. He was 11-11.5 kg (normal birth weight for harbour seal pups) when we brought him in, but didn't start to for a few days. 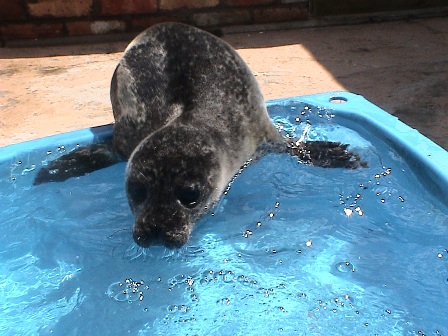 By the time our second pup, Silver arrived on July 13th, he was more settled, and weighed more than 13 kg.

Emil taking a rest
Emil was joined by another pup from Minerstown, Silver, on July 13th. We will continue his story together with that of his inseparable companion.