As soon as Silver was introduced into the pen, on the evening of his arrival, he and Emil approached, followed and nosed one another. The following morning Silver approached Emil in the paddling pool, nosed him and then joined him in the water. They swam over and round each other, Emil leaning his head over Silver with relaxed open-mouth face, indicating companionship and readiness to play. 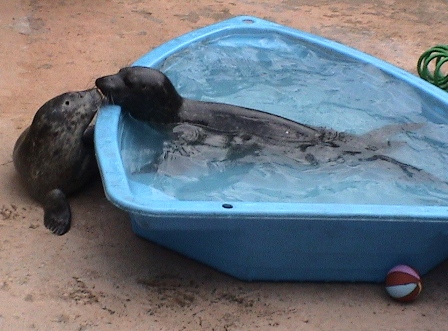 Silver approaches Emil in pool (left), gets in with him, and Emil makes him welcome with head-over-neck, open mouth face (right), July 14th morning. 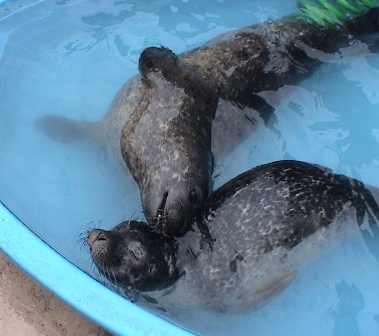 Because Silver was so emaciated , we anticipated incipient pneumonia and treated him with prophylactic antibiotics, but to our relief he remained healthy. Feeding was problematical for the next week, because we were unable to get our usual supply of Multi-milk (a change in EU law regarding imported foodstuffs initially prevented supplies from arriving). However, despite the vicissitudes of a makeshift diet, both pups gained about 1.5 kgs during Silver's first week, and fortunately the new Multi-milk then arrived to save the day.


Both pups thrived on each other's company. Emil was the leader, and Silver followed him everywhere. They played rambunctious games in and out of the pool and the bath, and always slept close together. 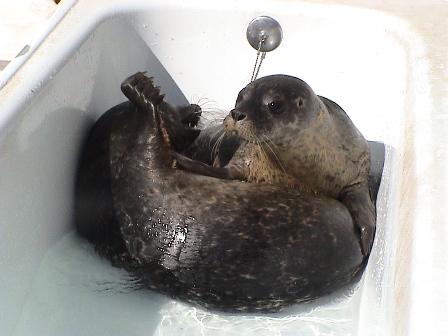 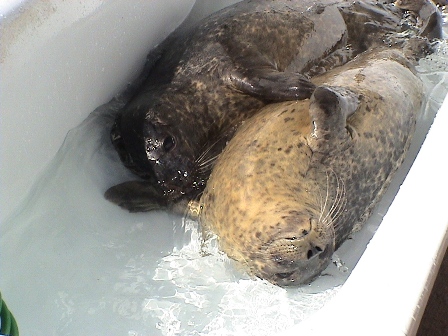 Emil joins Silver in the bath while it is filling 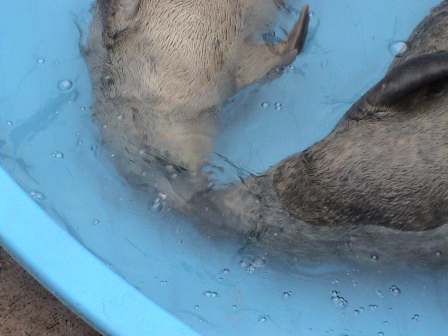 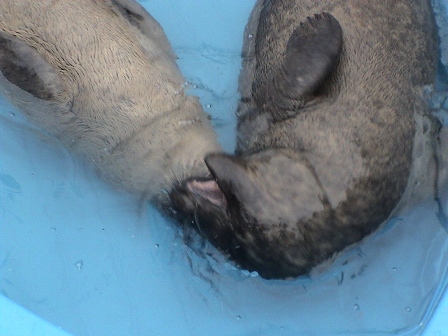 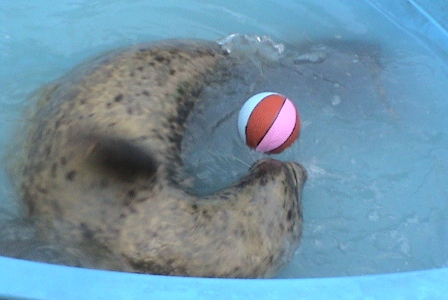 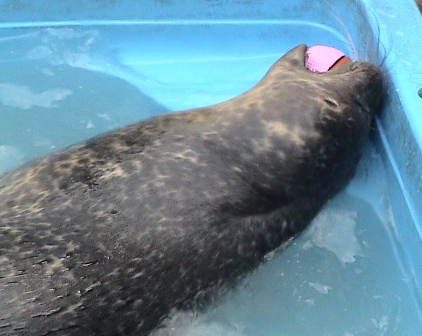 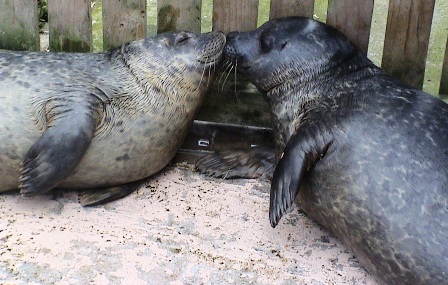 Both pups gained weight at about the same rate. Although Emil was ready to return to sea in early August, Silver - having been a late arrival - was a few kg weight behind him. We knew Silver would be bereft if Emil was released before him, and so we released them both on August 20th. We chose Ballykinler as the release site, since by August there were more seals and pups there than at Minerstown. 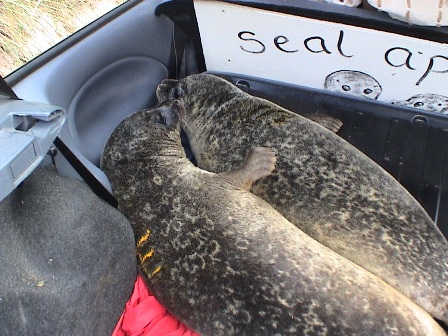 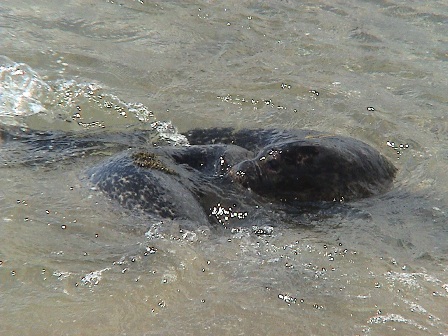 This was the first year that we did not attach VHF tags to the pups on their release. This is because we advised by colleagues that we had already obtained maximum data from this tracking method. The problem with VHF tracking is that the range is limited to about 25km at 100m tracking height (i.e. up a mountain, which may be some distance from the coast), and the pups are out of range for too much of the time to make th eintensive tracking effort between Belfast and Dublin worth the while. A better option would be small 'spot' satellite tags - these are unfortunately too expensive to use without extra funding.Therefore we decided just to release Emil and Silver with only ID letters painted on their backs. This would at least enable them to be recognised at close quarters if they should strand.

The release of the pups went well. They entered the water about 200m upstream of the Ballykinler colony and played together in the water. Gradually they swam nearer and nearer to the seal colony, until they became part of it. It was frustrating not to be able to follow them after release, but our experiences with the pus of previous years gave us confidence that they should have a very good chance of surviving. On September 1st we spotted Silver hauled out at Ballykinler with the colony, near a very old grey seal. He looked fit and well.