We first saw a pup I later thought must have been Silver - on July 7th 2005, lying asleep alone on the haul-out rocks at Minerstown. Howver, he appeared to be a healthy size and did not appear to be distressed, so we left him alone, hoping that his mother would return. 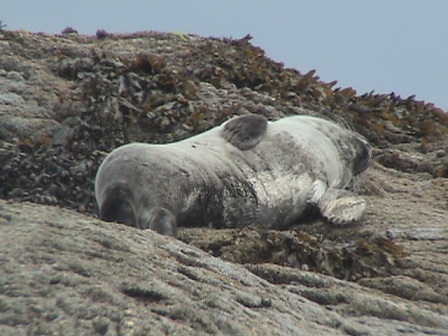 Unfortunately that was a bad call! Over the next few days we watched - and filmed - a small pup following first of all other mothers and pups, and then another larger pup - but he did not haul out again at an accessible place. Finally he stranded on a haul-out rock on July 13th in an almost moribund condition. 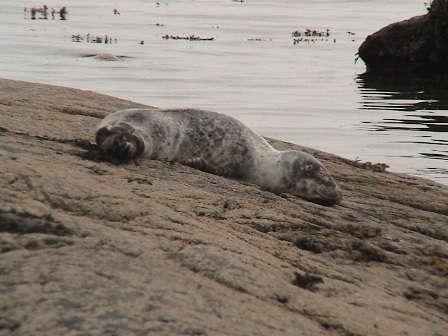 There was still an ounce of life left in him, however, because we only just managed to grab him before he escaped into the water  - if we had 'missed' , he would  have died very soon. However, all was well, and he was transferred safely in the back of the car to his temporary home for the next few weeks. 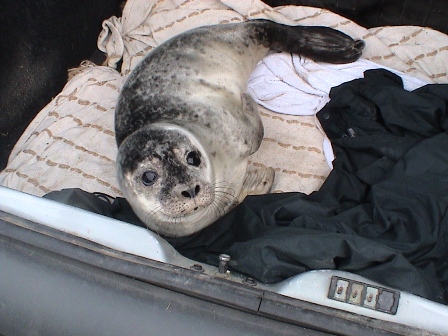 Silver arriving in style at his temporary home, July 13th
Upon arrival, Silver was fed 200 ml of a very dilute multimil, and then immediately introduced to Emil, the other stranded pup already retrieved from Minerstown 11 days earlier. From the moment of meeting, the two became inseparable, and lived together until their release 5 weeks later. We therefore tell the rest of their story together.